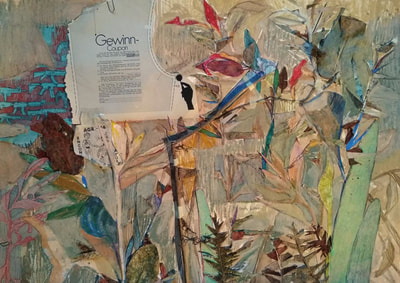 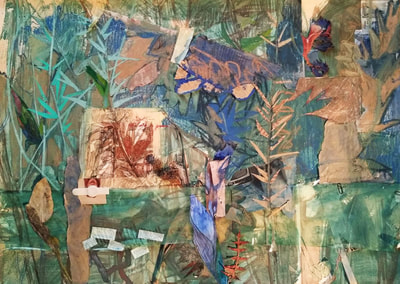 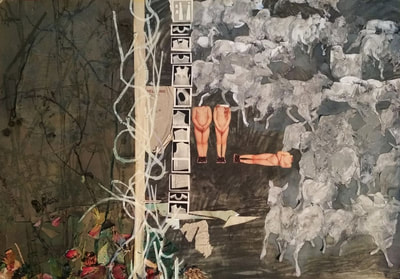 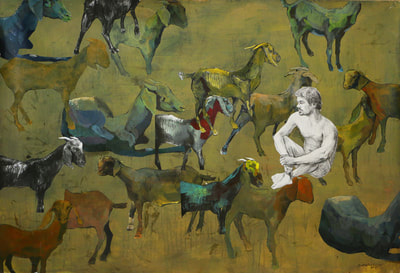 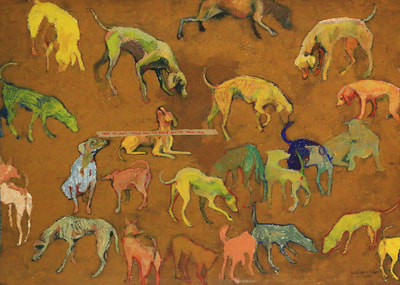 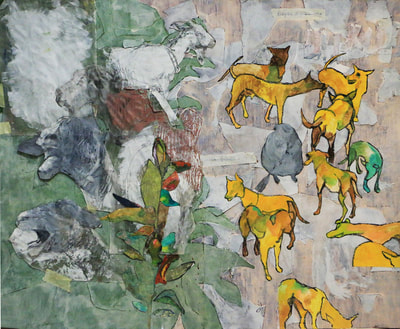 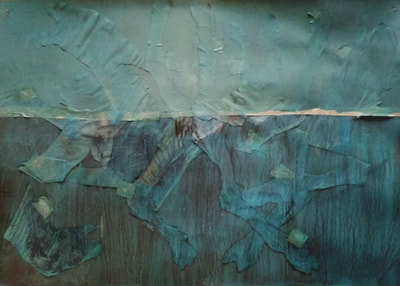 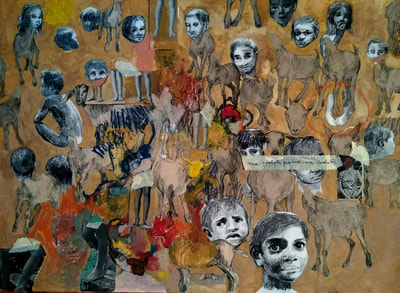 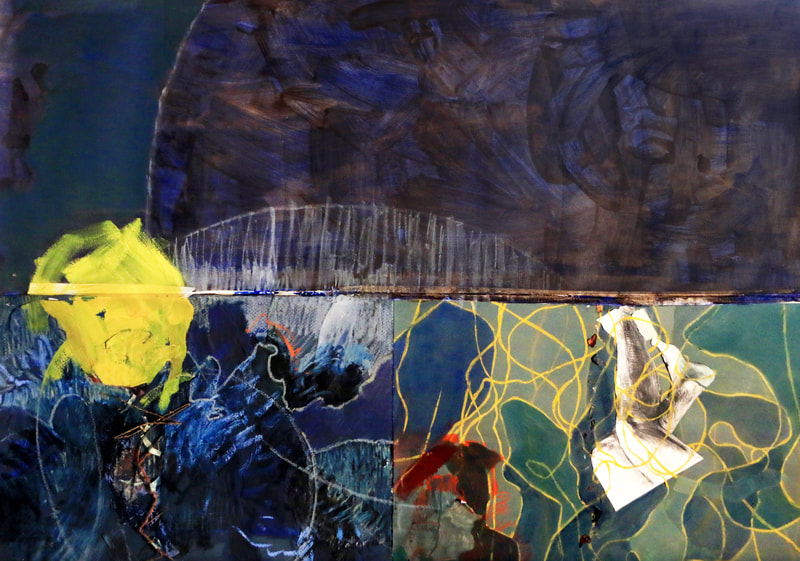 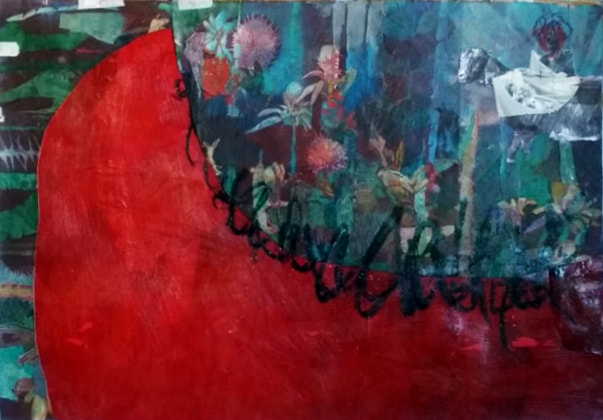 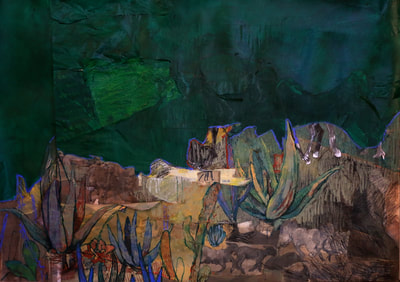 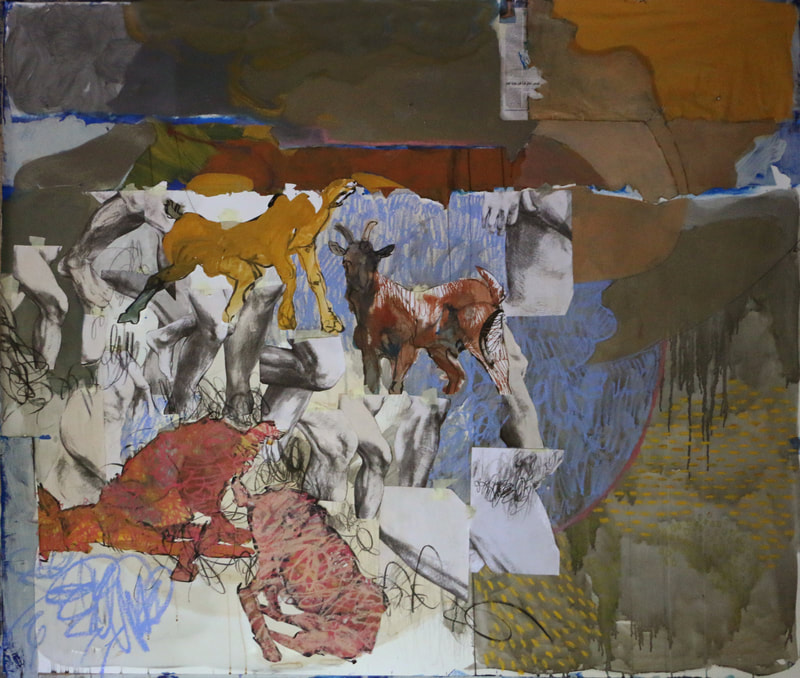 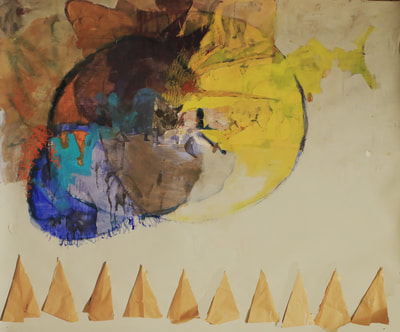 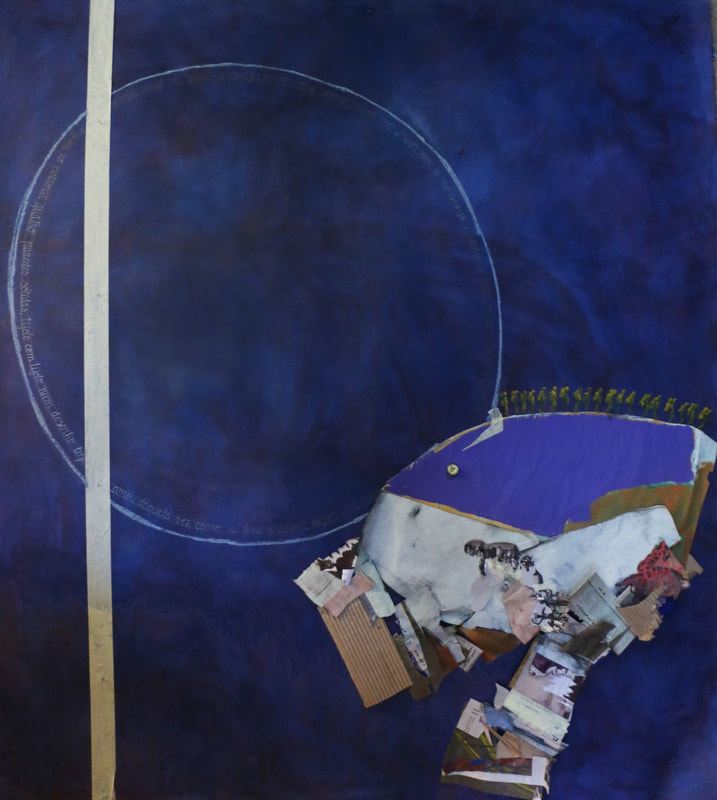 ​
​Engaging visually and emotionally with Beatriz Manteigas’ works is a journey of self-knowledge.  The longer we reflect on the work the more we question ourselves about our beliefs regarding the subject.
In Liquid Societies we are asked to reflect about the European refugee crisis, a critical humanitarian situation which is also a mediatic and controversial subject, not only but particularly, among European countries.
The growth of this crisis has moved prevalent figures in the art world to take a stand and speak out in support of those affected. Ai Weiwei (Pequin, 1957), Yannis Behrakis (Athens, 1960), Bissane Al Charif (Paris, 1977) or Bansky (Bristol, 1974/75) are some of the artists that went to the frontline and tackled this subject through the development of works that were used as platforms to further educate audiences on the issue. Despite the different approaches and use of mediums, all this artists and political activists highlight the human dimension of the crisis through provocative artist interventions.
In Liquid Societies we are face front with an artist quest for answers. We can see a duality in the correlation between graphic composition and titles. In works like “Espinhos” or “Vou-te lixar / não vale a pena” we feel the crudity and disgust for resignation of society through the titles. However, the natural references and the pastel colors that were chosen for the pieces give a peaceful sense of harmony, while the featured assemblages of journals and drawings transmit a comic vibe, that somehow farfetched, resemble Georgina Berkeley’s (England, 1831-1919) beguilingly strange compositions of Victorian Photocollages.
For the 20th century Cubists, collage was essential to explore painting's illusion of three-dimensionality, however sixty years before the embrace of collage techniques by these avant-garde artists, aristocratic Victorian women were already experimenting with photocollage. The compositions made of photographs, watercolor and drawing, were whimsical and extravagant. Like most of the pieces exhibited in this series of work of Beatriz Manteigas, there’s an appropriation of living references, human fragments and animal bodies particularly, and placement into imaginary landscapes.
It is curious in fact this artistic correlation, since for people in general everything that is really happening in the Mediterranean Sea and in the Muslim territory is kind of an imaginary lunatic and bizarre reality. We see it through the media and we change it with a click. The works presented in Liquid Societies are real and static, paradoxical sometimes – a mirror of doubts that constantly haunt us: resignation or action; search for movement and setting of inertia.

“What moves men of genius, or rather what inspires their work, is not new ideas, but their obsession with the idea that what has already been said is still not enough.”
Eugene Delacroix